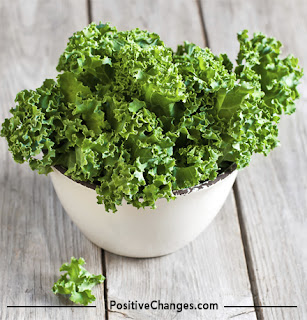 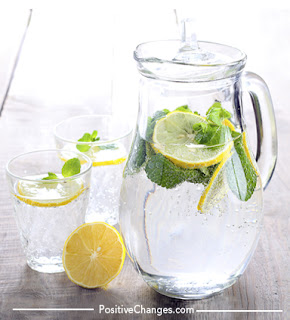 Since the human adult body consists of 60% water, for numerous health reasons, it’s important for us to drink the recommended 8 glasses of water a day.  But glass after glass of plain ole’ H20 can get boring.  If you get bored of water, try adding your favorite fruit and herbs in your water to ‘mix it up’ while quenching your thirst.

Here are a few water infusing recipes that we recommend trying.


2.  Cucumber Water
Slice a cleaned (peeled or unpeeled, depending on your preference) cucumber into 1/4th inch slices.  Add cucumber slices in your water, and top it with ice.  Allow the cucumbers to marinate in the fridge for at least an hour.  For best results, allow it to marinate overnight in the fridge.


3.  Apple Cinnamon Water
Drop apple slices in the bottom of the pitcher, and then the cinnamon stick.  Cover with ice, and add water.  Place in the fridge for 1 hour before drinking.

5 Ways to Deal with Stress 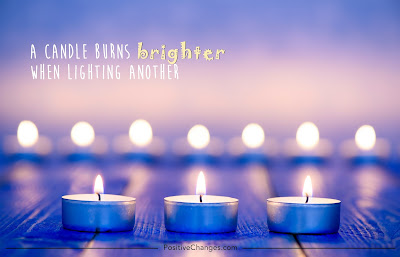 Candles have been shown to make us feel more relaxed.  The calming effects of a candle helps us
relax both our mind and our body, which allows for deeper concentration.
Everyone experiences stress in their everyday lives. How each individual manages that stress determines how the stress affects him or her. There are several ways to manage stress; the following are 5 ways to deal with stress that you can incorporate in your life today:


1.     Be realistic with your daily to-do list. If you’re not confident that you can accomplish every item on your to-do list, you will start your day off stressing about how you can find time to achieve your goals. With a prioritized to-do list, you can focus on the “big” tasks first, and will feel extra relieved when you are able to achieve the “little” things, too.

2.     Know your limits. By trying to satisfy everyone else’s needs, you may put your personal needs to the wayside, which leads to added stress. Know your limits, and say, “No.” If helping out a friend adds stress to your day, then maybe it’s the best option to suggest the friend to someone else who can help them.

3.     Disconnect when you’re off. On your days off from work, disconnect from the “working world.” Don’t check the e-mail notifications on your phone, and spend quality time with family, friends, or take a day to yourself to destress.

4.    Confront the situation. Many times we stress about the “what ifs.” Instead of spending time thinking about the negatives of what could happen, ask. Asking for clarification will remove the stress of “what ifs” from your day.

5.    Talk with someone. Sometimes, the best therapy is talking with friends and family. If there is something that’s causing stress in your life, talk to someone about the situation.


The best way to handle stress is to be realistic with yourself and your limits. Stress often comes in a time when we think we can handle more than we truthfully can.
Posted by Positive Changes Hypnosis at 2:59 PM 2 comments:

If you don’t already have a vision board, here are 5 reasons you should think about putting one together for yourself. 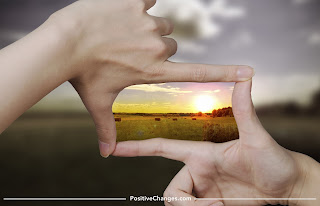 
Posted by Positive Changes Hypnosis at 10:35 AM No comments:

5 Tricks for a Healthier Hot Chocolate

Here are a few tricks for health-ing up your hot cocoa, without sacrificing a sip of satisfaction. 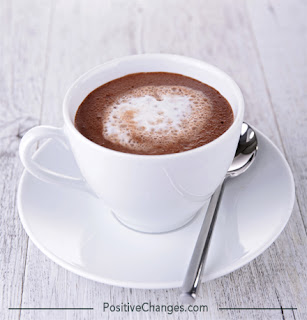 1. Reach for plant-based 'milk'
Plant-based milk is lower in protein compared to cow’s milk, but unsweetened plant-based “milks” like coconut and almond are also lower in calories, ranging from a mere 30 to about 60 calories per cup, versus 80 to 90 in the same amount of skim. They also provide the natural creaminess that fat-free cow’s milk lacks, and because they’re plant-based, the fat they contain is heart healthy and bundled with antioxidants. For the creamiest hot chocolate, try unsweetened coconut milk (the kind in the dairy case or shelf-stable quart containers, not the canned variety). One cup contains 5 grams of fat, but it’s so creamy that you can use three-quarters of a cup, mixed with a quarter cup of water. That brings the fat down to less than 4 grams, but the type of fat found in coconut milk has been tied to boosting metabolism and improving cholesterol profiles.
2. Use natural or non-dutched cocoa
Standard hot chocolate mixes are usually made with cocoa processed with alkali. Alkalizing, or dutching, is a chemical process that lowers acidity, which has also been shown to markedly reduce the cocoa’s antioxidant content.  Splurge on a canister, rather than a pre-sweetened cocoa mix.
3. Use a natural sweetener
Many traditional cocoa mixes are sweetened with refined sugar and/or corn syrup, a mixture of sugar and artificial sweetener, or just the latter. Instead, reach for something that provides natural sweetness with other beneficial properties. Some top choices are: organic honey, blackstrap molasses, and organic maple syrup. All three have a unique and enjoyable flavor.
Aside from natural sugar, honey contains antioxidants, and natural anti-bacterial, anti-viral, and anti-inflammatory compounds.
4. Add flavor naturally
Commercial mixes typically contain artificial flavor, but you can easily add flavor, aroma, and even a little extra nutrition naturally. My two must-haves are organic pure vanilla extract and either ground cinnamon or a blend like pumpkin pie spice. Here’s my favorite ingredient combination:
Instructions: Warm coconut milk and water in a saucepan over low-medium heat, or in the microwave for one and a half minutes. Add honey, vanilla, spices, and cocoa powder, stir until cocoa dissolves, and enjoy.
If you’re feeling adventurous, try experimenting with a sprinkle of other natural spices in place of or in addition to cinnamon and vanilla, like cardamom, cloves, or even chipotle or black pepper!
5. Melt squares in place of powder
If you’re already a dark chocolate fan and you have bars or tasting squares on hand, you can use them in place of cocoa powder and sweetener to whip up a steamy cup of goodness. Place two small or one larger tasting square of dark chocolate (70% cocoa or greater) in the bottom of a mug. Add two tablespoons of very hot, but not boiling water, and stir until the chocolate is dissolved. Add warmed coconut milk (in this case three quarters of a cup coconut mixed with two tablespoons water), vanilla extract, and cinnamon. This recipe allows you to skip the sweetener, since the squares already contain sugar.
A 9 gram tasting square contains about 45 calories, compared to 40 in two teaspoons of honey and 15 in a tablespoon of unsweetened cocoa, so while the calorie difference is minimal compared to my recipe above, this version can offer a big savings compared to a pre-sweetened powder or coffee shop cocoa. For example, a tall hot chocolate from Starbucks made with skim milk and no whipped cream contains 210 calories, compared to an even 100 in this recipe above.
Cheers!
Recipe adapted from health.com

Posted by Positive Changes Hypnosis at 4:46 PM No comments:

3 Tips to Build Your Confidence

"The moment you doubt whether you can fly, you cease forever to be able to do it." - J.M. Barrie 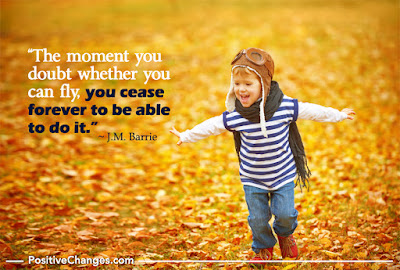 J.M. Barrie's quote is a perfect look at the power of confidence.
There are some major benefits to having confidence, and there are proven methods to boost it.  There's a saying that 'confidence breeds success.'  But does it?
Science actually backs this up to a reasonable extent.  Confidence can play a big role in how much success you experience in the workplace, in relationships, and even in your health.  Here are 3 things you can do in your spare time to boost your confidence.

1. Give yourself a quick confidence boost by striking a "power pose." 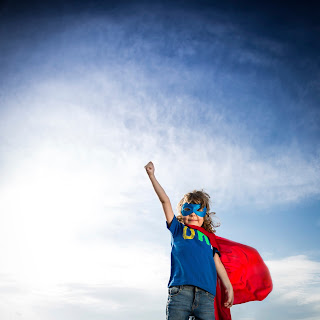 Did you know you that something as simple as striking a powerful pose can trick your brain into actually feeling more confident? Well, it can. Really.
Try this: Next time you're feeling tense or nervous about something — whether its a test or job interview, for example — try taking a couple minutes right before and adopting this pose: Stand straight up, push your shoulders back and chest out, and place your hands on your hips.

2. Convince yourself you have the ability to improve. 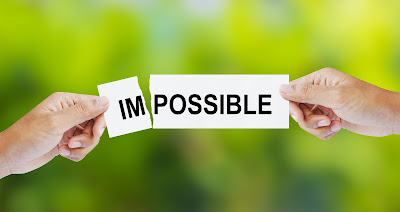 This may sound like one of those "easier said than done" suggestions, but it's really not. Think about the things in your life that you can and can't control. For example, you can't change your height or your eye color.  However, you can change and take control of your physical strength through training.
Ask yourself if your goal is something you have the power to improve upon (even if improving might be really difficult). Is your goal to become a better employee? That's something you can improve upon. A better interviewer? That's a skill that can be honed. Have more upper body strength? With training, that's possible, too.

You're going to fail, and that's a given. What matters much more than failure is how you react to that setback. Do you get up? Do you regroup, come up with a new strategy, and try again? Or do you just stop trying?
Take a look at Michael Jordan, for example. He's a six-time NBA Finals champion, five-time Most Valuable Player (MVP), two-time Olympic gold medalist, and 2009 inductee into the basketball hall of fame. To many, he's considered the greatest player to ever play the game of basketball.
By the time Jordan's career finally came to an end in 2003, his missed shots totaled more than 12,000.  Few of us will ever be as good at anything as Michael Jordan was at basketball.  We will all fail.  But do we get up? Do we try again? That's up to us.
If we can learn to fail, we can learn to succeed.
Article adapted from upworthy.com. 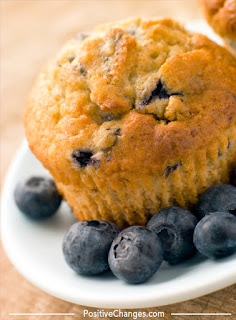