Carb Content of Pre-Exercise Meals Does Not Affect Endurance Performance 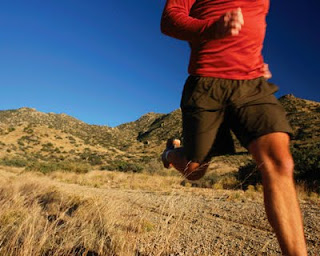 Carbohydrates are the principal fuels for muscular exercise at intensities above 65% of maximum effort. The body uses carbs for fuel during heavy exercise because they provide useful energy faster than fats or proteins. Carbohydrate sources during exercise include muscle and liver glycogen (stored carbohydrate), carbs absorbed following meals, and the conversion of chemicals such as alanine, pyruvate and lactate into blood sugar by the liver. Many athletes eat high carbohydrate meals before competition or training, but we don't know much about the effects of carbohydrate complexity on performance. University of Hong Kong researchers found that the type and amounts of carbohydrates contained in the pre-exercise meal had no effect on endurance performance. They compared the effects of pre-exercise meals containing high and low combinations of glycemic index (the rate that a food increases blood sugar) and glycemic load (the total carbohydrate content of the food) consumed 2 hours before exercise on a 10K running performance. The subjects ran for an hour at 70% effort before taking the 10K running test. They burned more fat and fewer carbohydrates during exercise when they ate low glycemic index meals. The study only examined the effects of a single pre-exercise meal on performance, so eating the same meals several days in a row might have produced different results.

(International Journal of Sport Nutrition and Exercise Metabolism, 18:281-300, 2008)
Posted by Positive Changes Hypnosis at 9:20 AM