10,000 Years Ago There Were No Grains on the Face of the Earth 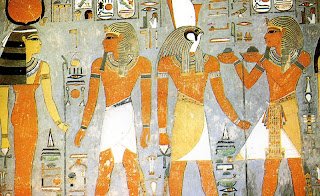 During mankind's evolution, our ancestors were exposed to 2 food groups only: low-fat protein and low-density carbohydrates (fruits and vegetables). As a result, this is what we are genetically designed to eat. When grains were first introduced into the human diet 10, 000 years ago, the archaeological record clearly reflects 3 immediate and dramatic changes in grain eating societies:

Nowhere is this clearer than in the comparison of Egyptian mummies to the skeletons of Neo-Paleolithic man. Ancient Egyptians were shorter by about 6 inches than Neo-Paleolithic man, probably because the Egyptians' protein consumption had dropped so dramatically.
Posted by Positive Changes Hypnosis at 9:02 AM