Include "Healthy Fats" in Your Diet 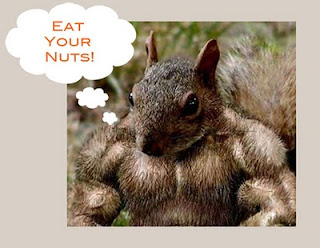 For nearly 20 years, we've been told to cut calories and fat when trying to lose weight. However, many recent studies have shown the value of including healthy monounsaturated fats-found in olive an canola oils and nuts-in the diet. People on the so-called Mediterranean diet seem to live longer and have fewer problems with obesity. A study from the Brigham and Women's Hospital, Boston, confirmed the value of including some healthy fats in the diet. 60 patients at low-calorie diets that contained very little or moderate amounts of fat. Both groups lost the same amount of weight at 6 months. However, at 12 months, the patients on the moderate-fat diets lost 9 pounds; those on the low-fat diets gained all their weight back, plus an extra 6 pounds. At 18 months, 54% of the moderate-fat group was still dieting. The moderate-fat intake group lost the most body fat, body mass index (ratio of height to weight) and waist girth.